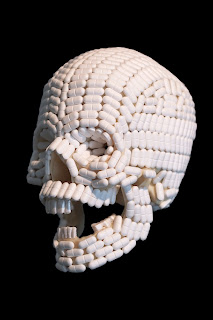 This article brings out some very thought-provoking questions as to the safety and quality of the data collected in Europe and then applied to peoples with different lifestyles, diet and genetic profiles.

The Polish port city of Gdansk is famous for its shipyards. Hungary's fifth largest city, Pecs, is known for its ancient architecture and brewery. Neither is particularly renowned for medicine. Yet when AstraZeneca Plc tested its big new drug hope Brilinta on heart attack patients in a major clinical study, it was hospitals in these places that enrolled some of the highest number of patients anywhere in the world.
In fact, Poland and Hungary together accounted for 21 percent of all subjects studied in the pivotal 18,000-patient trial -- more than double the United States and Canada combined.
A few years ago that would have been unthinkable. Major drug companies, with an eye on the commercial promise of the world's largest and most profitable market, would have run half their tests on a major cardiovascular medicine like this in U.S. hospitals under the supervision of U.S. doctors.
Today, the clinical trials business has gone global as drugmakers seek cheaper venues for studies and cast their net further afield for big pools of "treatment-naive" patients who are not already taking other drugs that could make them unsuitable subjects for testing new ones. And it is not only the practicalities of running big clinical trials as efficiently and cheaply as possible that is driving the change. The drug industry is also paying a lot more attention these days to the promise of emerging markets, whose healthcare authorities, just like those in the United States and Western Europe, are keen to see cutting-edge science conducted in their backyards.
"The motivation to involve lots of patients is very high in Eastern European countries and also in Asia," says Dr. Ivan Horvath, head of interventional cardiology at the University of Pecs. "There are three factors driving this. Our patients get access to a new drug, which is free during the trial. It is also very important for scientific reasons. And we get paid."
The increasing reliance on clinical trials in Eastern Europe, Asia and Latin America raises serious questions. Is the quality of the data as reliable as that from a top U.S. medical center? Is it safe to extrapolate common clinical effects from studying patients with different lifestyles and genetic profiles? And are ethical standards in testing new drugs properly upheld in poorer countries? After all, there is an unhappy history of exploitation of the disadvantaged in trials, as highlighted by a shocking U.S. study in the 1940s which saw prisoners and the mentally ill deliberately infected with syphilis in Guatemala.
Given the sea change, it's perhaps no surprise that the rush to globalize clinical studies is starting to cause some headaches.
Posted by DeltaJoy at 8:25 PM