HAIR THEFT, THE AMISH AND THE MULLET

Five men were arrested and accused of cutting the hair of several people, offensive acts to the Amish, who believe the Bible instructs women to let their hair grow long and men to grow beards and stop shaving once they marry.
Two of those arrested a week ago are the sons of the breakaway group's leader, Sam Mullet. He has denied ordering the beard-cuttings but says they were in response to criticism he has received from other Amish religious leaders about his leadership practices, including excommunicating people in his own group.


There are times that I see the bizarre where others don't and this article is one very good example.  These self-proclaimed barbers who are running around shearing their brethren are I'm sure, ignorant of the fact that their leader, Sam Mullet, has the name of a once a very popular hair style, the mullet.  Perhaps he saw it as a sign from God.


The mullet is a hairstyle that is short at the front and sides, and long in the back.  Often ridiculed as a lowbrow and unappealing hairstyle, the mullet began to appear in popular media in the 1960s and 1970s but did not become generally well-known until the early 1980s. It continued to be popular until the mid-1990. 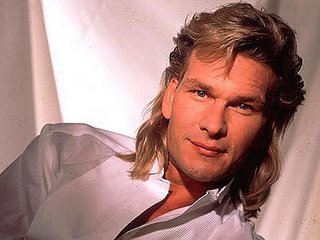 For the full story see http://news.yahoo.com/hair-attacks-force-ohio-amish-seek-outside-help-170921965.html
Posted by DeltaJoy at 6:18 PM

Email ThisBlogThis!Share to TwitterShare to FacebookShare to Pinterest
Labels: MULLET