Odd Headline But a Good Article 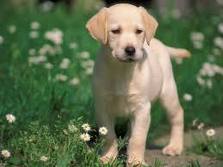 
MONDAY, Jan. 31 (HealthDay News) -- With powers of smell far superior to those of humans, dogs can sniff out buried earthquake victims. They can unearth hidden bombs or drugs. They can also apparently detect colorectal cancer, Japanese researchers suggest.
Researchers from Kyushu University and colleagues report that a specially trained 8-year-old female Labrador retriever named Marine is able to detect colorectal cancer among patients with up to 98 percent accuracy.
A graduate of the St. Sugar Cancer-Sniffing Dog Training Center in Chiba, Japan, the dog was initially trained for water rescue and could already detect 12 types of cancer in patients' breath samples before she joined the colorectal cancer study, the researchers said.
The goal of the study was to find out whether odor can become an effective tool in colorectal cancer screening, according to lead researcher Dr. Hideto Sonoda, from the department of surgery at the Postgraduate School of Medicine at Kyushu University in Fukuoka.
The report is published in the Jan. 31 online edition of the peer-reviewed journal Gut.
For the study, Sonoda's group collected samples of stool and exhaled breath from 40 patients with colorectal cancer and also from 320 healthy people. "The tests were conducted from November to June, because the dog's concentration tends to decrease during the hot summer season," Sonoda noted.
The dog was able to distinguish cancerous samples from noncancerous samples in 33 of 36 breath tests and in 37 of 38 stool tests, the researchers found. "Moreover, canine scent judgment even appeared to be highly accurate for early-stage colorectal cancer," Sonoda said.
In contrast, fecal occult blood screening -- a simple, non-invasive test for colon cancer -- picks up early-stage disease in only one out of 10 cases, the study noted.
Based on their findings, the researchers say the canine's evaluation of breath samples was accurate 95 percent of the time and her stool sample evaluation was accurate 98 percent of the time, compared with colonoscopy, which is the "gold standard" for identifying colon cancer.
In fact, the dog was able to identify cancers even when smokers and people with other stomach problems were included in the test, the researchers said.
Posted by DeltaJoy at 9:26 PM