TALK TO THE COW 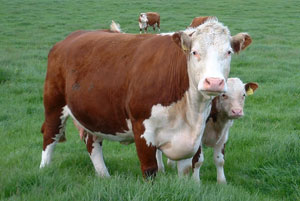 What started out as an entirely different subject has ended up at the barn apparently.   If you bear with me I might be able to get out of the muck and the mire and get on with how I got here in the first place.  Patience is of the essence here....

I phoned my upstairs neighbor and friend who is not well this week either and we got to talking about physical limits and when to know the right time to push those limits in order to make progress.  From there we talked about other people's expectations of us particularily when they think--- (yes I'm a mind reader as well as being a master blogger)--- or they at least intimate that we are not making the kind progress we should be achieving.

You all are doing SO well just hanging in there with me and being patient and just sitting there quietly........ and I haven't heard nary a one say "Are we there yet??"
Your reward is near.

:>>enter the cow here<<: ----My attempt at a little http:// humor here but I have no idea what it would do.
Did you know that the cow can be led up the stairs but cannot be led down the stairs?.....and while that's no bull although it could be it is not gender restrictive, it's a fact.
My point here is that other than the person himself or herself, no one has all the facts.  There are always varying degrees of limits that one exists under at varying points in that recovery and many of those are absolutely impossible to do no matter how much we wish or push or prod or pray for it to be otherwise.  I'm sure that the cow would really like to go down those stairs too if she could.
The progresses made are within your own 4 walls all by yourself on a daily if not hourly basis as you try to achieve a dignified quality of life and get done the things that absolutely have to get done.
In other words it's nobody else's business but yours and your doctor's with the exception of some government or insurance agency that sends you a check every month.

I love the Herefords.   Almost every farm here had them, we owned one and they are tied to many childhood memories including falling off one but that's another story.
When I went looking for the lovely mother above ( the cow, the cow,)  I came across some information that only I or my family  could appreciate but aren't you blessed you're going to get it anyway.  The first exports from the UK in 1817 of this breed was to..................ta daaaaaaa...... Kentucky, US of A. perhaps the home of the NOT so free back then otherwise my maternal grandmother's family would not have trekked by covered wagon all the way to Canada and thus the reason for my being.  You must be overcome.


Hereford cattle are a beef cattle breed, widely used both in intemperate areas and temperate areas, mainly for meat production.
Originally from Herefordshire, England, United Kingdom,[1][2] more than five million pedigree Hereford Cattle now exist in over 50 countries. The Hereford cattle export trade began from United Kingdom in 1817, starting in Kentucky, United States,[3] spreading across the United States and Canada through Mexico to the great beef-raising countries of South America. Today, Hereford cattle dominate the world scene from Australasia to the Russian steppes. Hereford Cattle can be found in Israel, Japan and throughout Continental Europe and Scandinavia.[4]
Posted by DeltaJoy at 1:49 PM