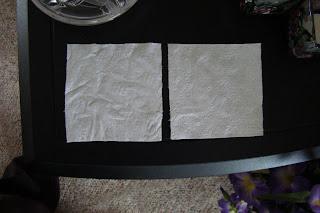 Recently there have been more and more media reports that the consumer is getting fooled yet again in many new, sneaky and underhanded ways making us think that we know exactly what we are buying.  This is happening with alarming frequency particularly in the grocery store where many of us spend a great deal of time and money.
Business knows all too well how price increases are perceived and reacted to.  In an effort to keep their cost margins where they like them they have began to whittle down their product right before our unseeing eyes.  They have reduced sizes ever so slightly, ever so surreptitiously without altering the price which is the most visible red flag for the buyer.  Another method they use is to push up the glass bottom of a container displacing area inside the container thereby reducing content and yet charging the same price.  I’m sure there are many more just under-the-radar ways that we are not aware of.
I first noticed this a few years ago when a pound of coffee was no longer a pound anymore when it became less than 454 grams.  But it still looked about the same and we’d still say, “Pick me up a pound of coffee on your way home please” and paid the same price at the till.  The consumer got less but still felt good about it because there was no price hike and little negative fanfare about the change.  This kind of business practice has become like a virus infecting everything we buy now days from juice, paper towels, detergents, soap bars and toilet paper which brings our attention to today’s picture.
I shop as diligently as I can when it comes to higher priced items like toilet paper, I watch the numbers of squares per roll, price etc and felt reasonably pleased with my purchases of President’s Choice toilet paper lately.  The above two squares are the same product not purchased at the same time but more than a month apart.  When I had first discovered that President’s Choice UtraSoft with 280 squares per roll was a good deal for the asking price I rejoiced at my find, alas it would be short lived.
When I started to use the newer purchase represented by the right square I immediately knew there was something different and so there is.  You likely can't see that the square on the left is thicker and also softer than my later purchase on the right.  The wrinkly appearance is because I happened to find it in my makeup kit.  The new purchase is thinner, rougher and you can even hear the ‘papery’ sound it has when you rub it between your fingers as compared to the other.
And thus I have become the latest victim of this new kind of ‘price fixing’.
It's a new kind a different kind of sneaky…..same packaging, same price, same amount of squares, same size squares but thinner and thus less pleasing to the touch.
While the CEO’s count their gold coins and piles of paper money in their ivory towers we are left counting pennies and toilet paper squares and putting them in piles of our own.
﻿
﻿
Posted by DeltaJoy at 7:36 PM