FREE SPEECH VS THE MONKEY 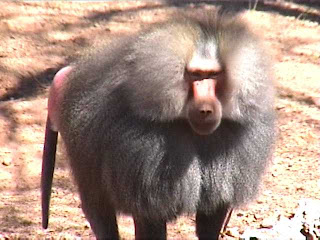 ﻿After reading the following article I ask the question:  Is it REALLY free speech if only one side is presented and the other is suppressed?  I also put forward that those who are reluctant to defend Darwin are not blind to the fact the the evolutionary theory is just that, a theory.  When you look under the microscope at anything that man has made it becomes more imperfect and full of flaws and yet when you view a feather for instance or a leaf, the closer you look at it the more perfect it is.  Coincidence?  I think not.  Design is evidence of a designer.
The majority of public high school biology teachers are not strong classroom advocates of evolutionary biology, despite 40 years of court cases that have ruled teaching creationism or intelligent design violates the Constitution, according to Penn State political scientists. A mandatory undergraduate course in evolutionary biology for prospective teachers, and frequent refresher courses for current teachers, may be part of the solution, they say.

The researchers examined data from the National Survey of High School Biology Teachers, a representative sample of 926 public high school biology instructors. They found only about 28 percent of those teachers consistently implement National Research Council recommendations calling for introduction of evidence that evolution occurred, and craft lesson plans with evolution as a unifying theme linking disparate topics in biology.

In contrast, Berkman and Plutzer found that about 13 percent of biology teachers "explicitly advocate creationism or intelligent design by spending at least one hour of class time presenting it in a positive light." Many of these teachers typically rejected the possibility that scientific methods can shed light on the origin of the species, and considered both evolution and creationism as belief systems that cannot be fully proven or discredited.

Berkman and Plutzer dubbed the remaining teachers the "cautious 60 percent," who are neither strong advocates for evolutionary biology nor explicit endorsers of nonscientific alternatives. "Our data show that these teachers understandably want to avoid controversy," they said.

The researchers found these teachers commonly use one or more of three strategies to avoid controversy. Some teach evolutionary biology as if it applies only to molecular biology, ignoring an opportunity to impart a rich understanding of the diversity of species and evidence that one species gives rise to others.

Using a second strategy, some teachers rationalize the teaching of evolution by referring to high-stakes examinations.

These teachers "tell students it does not matter if they really 'believe' in evolution, so long as they know it for the test," Berkman and Plutzer said.

Finally, many teachers expose their students to all positions, scientific and otherwise, and let them make up their own minds.

This is unfortunate, the researchers said, because "this approach tells students that well established concepts can be debated in the same way we debate personal opinions."

Berkman and Plutzer conclude that "the cautious 60 percent fail to explain the nature of scientific inquiry, undermine the authority of established experts, and legitimize creationist arguments." As a result, "they may play a far more important role in hindering scientific literacy in the United States than the smaller number of explicit creationists."

The researchers note that more high school students take biology than any other science course, and for as many as 25 percent of high school students it is the only science course they will ever take, even though a sound science education is important in a democracy that depends on citizen input on highly technical, consequential, public policies.

Berkman and Plutzer say the nation must have better-trained biology teachers who can confidently advocate for high standards of science education in their local communities. Colleges and universities should mandate a dedicated undergraduate course in evolution for all prospective biology teachers, for example, and follow up with outreach refresher courses, so that more biology teachers embrace evolutionary biology.

"Combined with continued successes in courtrooms and the halls of state government, this approach offers our best chance of increasing the scientific literacy of future generations," they conclude.
Posted by DeltaJoy at 4:47 PM