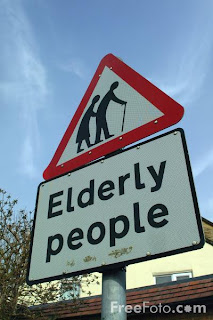 Now a few hospitals are opening ERs specially designed for seniors, without all the confusion and clamor of regular ERs and with a little more comfort.
It's a fledgling trend, but expected to increase as the population rapidly grays. The question is whether they'll truly improve care.
"Older people are not just wrinkly adults. They have totally different needs," says Dr. David John, who chairs the geriatric medicine division of the American College of Emergency Physicians.
Modern ERs are best equipped to handle crises like gunshot wounds or car crashes, not the lengthy detective work it can take to unravel the multiple ailments that older people tend to show up with, John says.
Those older patients may not even have the same symptoms as younger people. They're less likely to report chest pain with a heart attack, for instance, complaining instead of vague symptoms such as dizziness or nausea. Urinary tract infections sometimes cause enough confusion to be mistaken for dementia.
And a study published in January called delirium and dementia an "invisible hazard" for many older patients because ERs don't routinely check for not-too-obvious cognitive problems — yet such patients can't accurately describe their symptoms or understand what they're supposed to do at home.
Seniors already make 17 million ER visits a year, and 1 in 5 Americans will be 65 or older by 2030.
St. Joseph's Regional Medical Center in Paterson, N.J., started a 14-bed Senior Emergency Center two years ago, and plans to open a larger one in the fall, said emergency medicine chairman Dr. Mark Rosenberg.
"It's still hustle and bustle, but it's a couple notches down from the craziness of the main emergency department," he says.
The idea behind senior ERs: Put older patients in an area that's a bit calmer for team-based care to not just treat the problem that brought them to the hospital, but to uncover underlying problems — from depression to dementia to a home full of tripping hazards that might bring them back.
Rosenberg has documented a big drop in the number of seniors who make return visits since his center began day-after-discharge calls to monitor how they're doing.
There's no official count, but at least a dozen self-designated senior ERs have opened around the country since the first in Silver Spring, Md., in 2008. The one in Maryland and eight in Michigan are operated by Catholic health system Trinity Health of Novi, Mich., which plans to open two in Iowa later this year, followed by more in other states.
How does it work? Seniors still enter through the main ER, where triage nurses decide if they have an immediately life-threatening condition. Those patients stay in the regular ER with all its bells and whistles. But other seniors get the option of heading for these new special zones.
"It's a very nurturing environment," says nurse practitioner Michelle Moccia, who heads the senior ER at Trinity's St. Mary Mercy Hospital in Livonia, Mich.
There, doors instead of curtains separate beds, tamping down the noise that can increase anxiety, confusion and difficulty communicating.
Nurses carry "pocket talkers," small amplifiers that hook to headphones so they don't have to yell if a patient's hard of hearing.
Mattresses are thicker, and patients who don't need to lay flat can opt for cushy reclining chairs instead; Moccia says people feel better when they can stay upright. Nonskid floors guard against falls. Forms are printed in larger type, to help patients read their care instructions when it's time to go home. Pharmacists automatically check if patients' routine medications could cause dangerous interactions. A geriatric social worker is on hand to arrange for Meals on Wheels or other resources.
"In the senior unit, they're just a lot more gentle," says Betty Barry, 87, of White Lake, Mich., who recently went to another of Trinity's senior ERs while suffering debilitating hip pain. But Moccia says the real change comes because nurses and doctors undergo training to dig deeper into patients' lives. While they're awaiting test results or treatments, every senior gets checked for signs of depression, dementia or delirium. An example: A diabetic was treated for low blood sugar in a regular ER. A few weeks later she was back, but the newly opened senior ER uncovered that dementia was making her mess up her insulin dose, repeatedly triggering the problem, says Dr. Bill Thomas, a geriatrician at the University of Maryland Baltimore County who is advising Trinity Health Novi's senior ER program. It doesn't take opening a separate ER to improve older patients' care, says New Jersey's Rosenberg, who calls better overall geriatric awareness and training the real key. Still, he says his center saw a 15 percent rise in patients last year. "Those hospitals that have the money and space and the luxury to do something like that are going to get a definite advantage down the road," predicts John at the American College of Emergency Physicians, who says his own Boston hospital didn't have the money to try it.
Posted by DeltaJoy at 9:04 AM