MORE ALARMS OF DANGER IN OUR FOOD SUPPLY 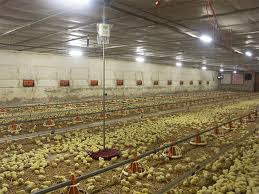 MORE ALARMS ABOUT DANGER IN OUR FOOD
Two articles in the news today continue to keep public awareness to the fore of just how important it is to pay attention to how we handle the food we buy particularly in the raw preparation of it in our homes. Mass production is feeding the masses but it is increasingly unsafe.
ALWAYS prepare raw meats especially poultry while wearing gloves to prevent skin infections that may not respond to antibiotics in today’s climate of scientific know-it-all.  Never re-use utensils that touch raw products without washing them first.  When I prepare any poultry I start with a sink of hot water with a splash of bleach in it and then put every object used in it as I’m finished with them.  I only use plastic cutting boards or mats AND wash the counter afterward as well. If you find mats slippery on the counter, use a piece of rubber matting under them that comes in rolls sold by most retail stores, they too can be tossed into the hot water.  After you remove your gloves wash your hands in clean water.
Buy locally whenever possible from people you know or from small retailers instead of chain stores or mega retailers.

Email ThisBlogThis!Share to TwitterShare to FacebookShare to Pinterest
Labels: DANGER IN OUR FOOD SUPPLY