The 'right to be forgotten' versus Google 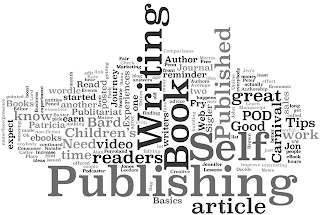 An article which really affects everyone and it should be interestings to see how it plays out in the various jurisdictions around the globe.  My favorite quote from this condensed version:

"Google becoming the God of not only publishing but also the God of deletion is a phenomenally scary notion," said Jules Polonetsky, director of the U.S. Future of Privacy Forum in Washington.


MADRID – Their ranks include a plastic surgeon, a prison guard and a high school principal. All are Spanish, but have little else in common except this: They want old Internet references about them that pop up in Google searches wiped away.
The issue isn't a new one for Google, whose search engine has become a widely used tool for learning about the backgrounds about potential mates, neighbors and co-workers. What it shows can affect romantic relationships, friendships and careers.
"This is just the beginning, this right to be forgotten, but it's going to be much more important in the future," said Artemi Rallo, director of the Spanish Data Protection Agency. "Google is just 15 years old, the Internet is barely a generation old and they are beginning to detect problems that affect privacy. More and more people are going to see things on the Internet that they don't want to be there."
Many details about the Spaniards taking on Google via the government are shrouded in secrecy to protect the privacy of the plaintiffs. But the case of plastic surgeon Hugo Guidotti vividly illustrates the debate.
In Google searches, the first link that pops up is his clinic, complete with pictures of a bare-breasted women and a muscular man as evidence of what plastic surgery can do for clients. But the second link takes readers to a 1991 story in Spain's leading El Pais newspaper about a woman who sued him for the equivalent of euro5 million for a breast job that she said went bad.
Guidotti, whose case is one of the first five appealed by Google, declined requests for an interview. His lawyer says the original lawsuit was dropped after Guidotti was cleared.
No media ever published stories about the end of the lawsuit so the news never made it to the Internet, said the lawyer, Gabriel Gomez.
As a result, the surgeon "has no way of measuring it, but naturally it did him harm," said Gomez said. "I'm sure that people consulted his name and said, 'I'm not going to that doctor.'"
The names of other people defended by the data agency haven't been made public, but Rallo has provided some details about the cases.
And the prison guard is worried that a link to a job-related sanction that pops up in Google listing his name might put family at risk for retribution by criminals because they might be able to find out where he works. Spanish police and prison guards are often granted widespread anonymity because of fears they could be identified, located and targeted by the armed Basque separatist group ETA.
Spain has no Freedom of Information law guaranteeing access to documents, and Rallo said that "a person who has been notified about a sanction or absolved of an offense doesn't want it known by others forever."
As an example, he cited the case of a person accused of homicide four decades ago who was not convicted because a court ruled the suspect suffered from a temporary mental illness. The man has since recovered.
"Anyone who keys his name into Google 40 years later can fish out the original news of the accusation but not what happened after the information and this is causing him serious harm in his daily life," Rallo said, declining to identify the man.
Google and privacy experts fear that a ruling against Google would turn it into a publisher responsible for what its searches turn up. And that, they say, could severely limit access to information that exploded with the introduction of searches.
"Google becoming the God of not only publishing but also the God of deletion is a phenomenally scary notion," said Jules Polonetsky, director of the U.S. Future of Privacy Forum in Washington.
"I don't think I want China to tell Google what it can publish about its citizens," he said.
Google says Spain should force the publications that made the material available via Internet to embed coding that would tell search engines not to index the information, and that it can't be held responsible for what others publish.
Doing so "would have a profound chilling effect on free expression," said Peter Barron, Google's director of external relations for Europe, Middle East and Africa.
The legislation being researched by the EU will focus on data, photos and videos people post of themselves on sites such as Facebook, Twitter and others that they later want taken down.
Users, the EU commission says, should have a "right to be forgotten" when the data isn't needed anymore or when people want it taken down. The existing EU data protection legislation was drawn up back in 1995, but that was at the dawn of the Internet long before Facebook and other social networking sites existed.
"In the United States we have a very strong tradition of free speech freedom of expression. We would strongly caution against any interpretation of the right to be forgotten that infringes upon that," said Justin Brookman, director of the Center for Democracy and Technology's Privacy Project.