HUMPTY DUMPTY SAT ON THE WALL---AND IT'S NO WONDER! 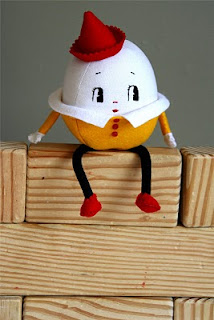 Remember when buying an egg meant choosing between small or large?
Today, they can be organic, enriched with omega-3s, free-range, free-run -- even "vegetarian" eggs. And then there's a whole other kind of egg you can buy in pourable cartons.
Eggs have undergone a bit of public relations nightmare of late, renewed this year when a report came out crowing that even the much-maligned KFC Double Down had less cholesterol than a single egg.
The report's authors noted that the Double Down, with its bacon, cheese, sauce and deep fried chicken contained just 150 milligrams of cholesterol compared to the 215 and 275 milligrams in a single egg.
The Egg Farmers of Canada were quick to claim those numbers were wrong, insisting that a large Canadian egg actually has 195 milligrams of cholesterol. Eggs once contained more cholesterol, but new research shows that's dropping.

Here is some help with all the confusing array of the once humble egg.

Omega-3 enriched eggs come from chickens fed a diet that contains 10 – 20 per cent omega-3-rich flax seed. These eggs typically contain about 400 mg of omega-3s.
Dieticians note that that the kind of omega-3s that are most important to heart health are called EPA and DHA. Two enriched eggs contain about 170 mg of DHA. To put that into perspective, a typical 75-gram serving of farmed Atlantic salmon has 1,610 mg of DHA.

Double-yolk eggs are typically laid by young hens whose ovulation cycles are still immature. Their ovulation can sometimes occur so rapidly that one yolk will fuse with another into the same egg.
Classified as jumbo eggs, these eggs typically contain 90 calories, seven grams of fat and eight grams of protein.

Premium eggs are no different nutritionally than regular eggs. They simply are gathered from the most fertile hens and have a stronger shell. That makes the eggs ideal for hard boiling, since the shells are less likely to crack. As well they have firm yolks that stand up nicely during frying.

These terms are not the same and are rather tricky. Firstly, be advised that in Canada, neither term is regulated, so you're relying on the good faith of the egg producer that the eggs really did come from free run or free range chickens.

Free-range eggs are supposed to come from hens that have access to the outdoors, as well as nesting boxes, perches and open space in a barn. They're the kind of eggs you'd find on organic farms.

Free run eggs, on the other hand, are more common and come from chickens that are allowed to move inside an enclosed facility, such as a large barn. They typically live in facilities with wire mesh floors but don't see the outdoors.

Neither category is the norm for eggs produced in Canada. While most of the chickens raised as "broiler chicken" for meat reside in free-run facilities, most eggs produced in Canada come from chickens that live in battery cages.
These cages typically house a few birds per cage, and the cages are arranged in rows stacked one atop another.
A number of animal rights groups call the cages inhumane and have begun campaigns calling for all egg-laying chickens to be cage-free. They say the living conditions for the birds are too cramped and note that the hens are typically debeaked to stop them from pecking each other out of stress.

These welfare groups say for those who choose to eat eggs, the ideal is for the eggs to come from chickens that live in organic, free-range conditions.

The Egg Farmers of Canada, on the other hand, point out that the average egg farmer has 20,000 birds and that cage housing maximizes food safety, because the hen's manure is separated from the eggs and removed from the barn regularly.

They say the cages enable all birds to have equal access to food and water. They also point out that free-run egg producers have more work, because eggs are often laid in multiple places, making quick egg collection a challenge.

Some egg farmers have begun using "enriched cages," which are larger than conventional cages and come furnished with perches and a curtained off area to give hens privacy when laying their eggs.

Organic eggs
In order for eggs to be labelled organic, they must be certified according to the Organic Products Regulation. Those regulations requires that the egg-laying hens be allowed to move freely, with outdoor access (weather permitting), and living conditions that encourage natural behaviour. They also need to eat all organic grain feed.

Liquid eggs
These are the pourable eggs from a carton; Egg Beaters is the most well known brand. They're made from egg whites, as well as other ingredients to make them look and taste more like real eggs, including salt, colour and maltodextrin. They're also fortified with vitamins to replace those lost in the yolks.
Liquid eggs have virtually no cholesterol and fat and half the calories as regular eggs. 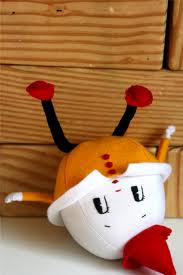