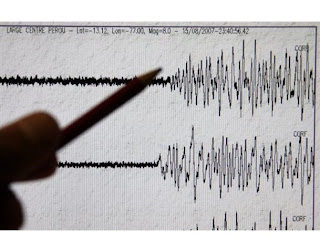 QUOTE FOR THE DAY

"It's enough," the 64-year-old while smoking a cigarette outside. "Something has changed. The world feels strange now. Even the way the clouds move isn't right."


Three people died and more than 130 were injured after a 7.1 aftershock struck Japan on Thursday at 11:30 PM.  That pales in comparison to the original quake and tsunami, in which more than 25,000 people are believed to have died.
Many of those bodies have still not been found: A significant portion were likely washed out to sea and never will be, but some are buried in areas that have been largely off-limits to search teams.
As radiation spilling from the troubled Fukushima Dai-ichi plant has fallen in recent days, however, police have fanned out inside a no-go zone near the complex to dig for the dead in what soon may become a nuclear graveyard.
On Friday, hundreds of police, many mobilized from Tokyo, used their hands or small shovels, pulling four bodies in an hour from one small area in the city of Minami Soma. The had found only five bodies the previous day.
The searchers, wearing white radiation gear and blue gloves, struggled to bring the remains across the rubble to vans and minibuses that would take them to the nearest morgue. Each body was carefully hosed off to rid it of radiation before being placed in the vehicles.
"The area is literally a mountain of debris. It is an extremely difficult task," said an official with police in Fukushima prefecture who declined to be named because he was not authorized to talk to the media.
The epicenter of Thursday's temblor was in about the same location as the original 9.0-magnitude tremor, off the eastern coast and about 40 miles (65 kilometers) from Sendai, an industrial city on the eastern coast, according to the U.S. Geological Survey. It was strong enough to shake buildings for about a minute as far away as Tokyo, about 200 miles (330 kilometers) away.

The latest tremor---the strongest since the day of the tsunami — sunk more homes into blackness, though power was quickly restored to many. About 950,000 households were still dark Friday evening, said Souta Nozu, a spokesman for Tohoku Electric Power Co., which serves northern Japan.
Posted by DeltaJoy at 7:09 PM No comments: 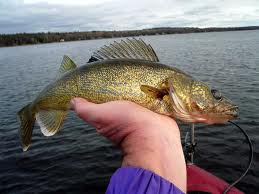 
The following is just a partial list of fish that that many restaurants are beginning to take notice of in an effort to raise the consciousness of the consumer to the facts of life regarding the world we live in today. With many species on the brink of extinction it's the smart and responsible thing to do.  The more the consumer becomes aware of their part in sustaining the elements of this planet the better off we will all be for it.