What's The McRib Made Of Anyway??

SEE IF YOU CAN STOMACH THIS.......IT MAKES ME  THINK ABOUT THE SWANSON'S RIBLESS RIBS............SHUDDER!
The popular McDonald's sandwich is back. Find out what's inside — if you dare
McDonalds' McRib and its cult-like following are back. Thank goodness the "disconcerting" sandwich is only returning for a limited time only, says Meredith Melnick at TIME. Because if you knew about all the unpronounceable ingredients packed into the McRib, you might think twice about wolfing down the sauce-drenched pork concoction. Think you can stomach what's inside? Read on:
How many ingredients are there?
At face value, the sandwich contains just pork, onions, and pickle slices slathered in barbecue sauce and laid out on a bun. But the truth is, there are roughly 70 ingredients. The bun alone contains 34, says TIME's Melnick. In addition to chemicals like ammonium sulfate and polysorbate 80, the most egregious may be azodicarbonamide — "a flour-bleaching agent most commonly used in the manufactur[ing] of foamed plastics like gym mats the and soles of shoes." According to McDonald's own ingredient list, the bun also includes calcium sulfate and ethoxylated mono- and diglycerides, among other chemicals.
Ooof. What's the meat made of?
Pig innards and plenty of salt. Typically, "restructured meat product" includes pig bits like tripe, heart, and scalded stomach, says Whet Moser at Chicago Magazine, citing a 1995 article by Robert Mandigo, a professor at the University of Nebraska. These parts are cooked and blended with salt and water to extract salt-soluble proteins, which act as a "glue" that helps bind the reshaped meat together.
Is it really that bad for you?Well, it's certainly not good for you. Though "slightly trimmer than the Big Mac," which contains 540 calories and 29 grams of fat, says Christina Rexrode at USA Today, the McRib, first introduced in 1982, still packs in 500 calories and 26 grams of fat. And despite its name, one thing you won't find inside a McRib is bones. The absence of any detectable "rib" is what gives the unnutritious mush its "quirky sense of humor," says Marta Fearon, McDonald's U.S. marketing director.
Sources: Chicago Magazine, McDonald's, TIME, USA Today
View this article on TheWeek.com Get 4 Free Issues of The Week
Posted by DeltaJoy at 5:24 AM No comments:

Email ThisBlogThis!Share to TwitterShare to FacebookShare to Pinterest
Labels: MACRIB 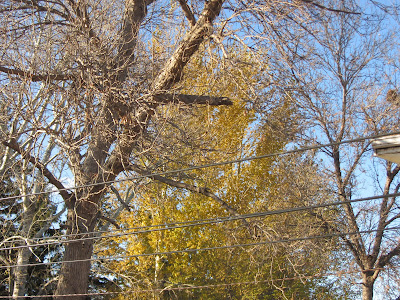 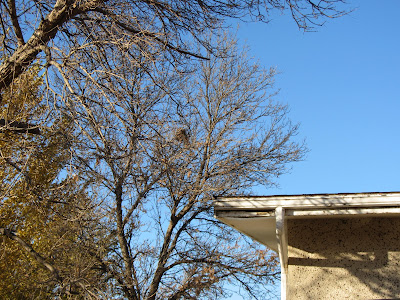 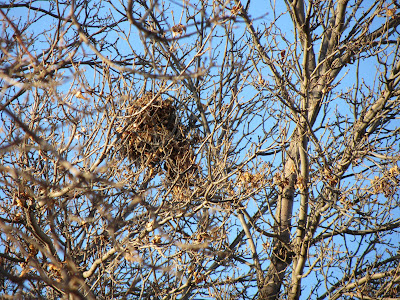 It was such a nice day, windy, but nice for the 27th of October.  I went for a walk and when I got back I decided to sit outside for perhaps the last time this year.  As I looked around I see a crow's nest next door which tells me that we will have noisy 'neighbors' again in the spring.  This year was their first year in our neighborhood and until now I did not know exactly where the nest was.  If it was my yard I'd hire someone to remove it.  I hate their noisy clamor that goes on for weeks and weeks once the eggs hatch.
Funny isn't it?  I love to hear the first crow caw in the very early days of spring but that's it...... the rest of the time they could it all to themselves!!
Posted by DeltaJoy at 4:57 PM No comments:

Email ThisBlogThis!Share to TwitterShare to FacebookShare to Pinterest
Labels: FALL 2011

SHE SAID "SORRY FOR THE INCONVENIENCE"

Please note that http://deltajoy.blogspot.com will enable you to find me once again just look for SHE SAID.
Posted by DeltaJoy at 2:30 PM No comments:

Two antidepressants that are commonly given to Alzheimer's disease patients appear not only to be ineffective but may give side effects such as nausea and drowsiness, a study in Britain has found.
In a paper published in the medical journal The Lancet on Tuesday, researchers urged doctors to think twice before prescribing these drugs to Alzheimer's patients with depression.
The two drugs used in the study were sertraline, marketed by Pfizer under the brand name Zoloft, and mirtazapine, known as Remeron in the United States.
"The two classes of antidepressants most likely to be prescribed for depression in Alzheimer's disease are no more effective than placebo (dummy with no medicinal value)," wrote the researchers, led by Professor Sube Banerjee at the Institute of Psychiatry, King's College London.
"In our study, there were more adverse reactions in individuals treated with antidepressants than there were with placebo."
They urged clinicians and investigators to reframe the way they treat Alzheimer's patients with depression and to reconsider routine prescription of antidepressants.
The study involved 326 Alzheimer's patients from nine clinical centers in Britain who were diagnosed with depression lasting for at least four weeks.
Divided into three groups, 107 of them were given sertraline, 108 mirtazapine and 111 received placebo.
After 39 weeks, researchers found no significant differences among the three groups when it came to declines in depression levels. Instead, more patients given the two drugs reported adverse reactions compared with those given placebo.
In the sertraline group, 43 percent of patients reported having gastrointestinal reactions like nausea, while 41 percent who received mirtazapine complained of drowsiness and sedation. Only 26 percent who took placebo reported feeling unwell.
Currently, there are no drugs that can alter the course of Alzheimer's disease, which affects 26 million people globally and costs more than US$600 billion a year to treat.
(Editing by Yoko Nishikawa)
Posted by DeltaJoy at 5:58 PM No comments: 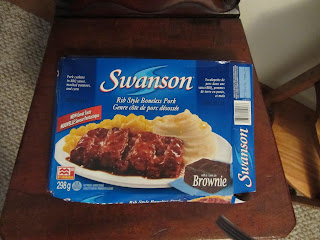 Anytime I come across a product that I really am impressed with I feel it is my duty to pass it on.  I'm not normally a fan of frozen entrees or TV dinners as they used to be called but I love the new Swanson Rib Style Boneless Pork.  The bonus was the brownie desert which really surprised me because when I looked at it frozen I thought what the heck is that??  It turned out to be very tasty and pretty much a perfect brownie. 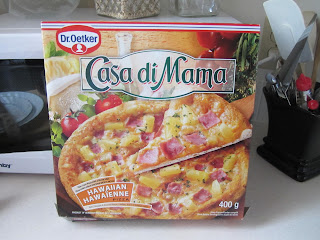 I usually buy Dr. Oetker's Ristorante thin-crust types because I just love the crunchy taste and the crust doesn't overpower the toppings. The Casa di Mama was a nice change and as a 'Hawaiian' pizza lover it was very, very good.  Calorie-wise they are just about right for me and because I'm trying to gain some weight so I can happily say I eat half a pizza for my supper on occasion!
Posted by DeltaJoy at 5:40 PM No comments: