JAPAN'S TSUNAMI PREPARDNESS A ONE PAGE MEMO A DECADE OLD 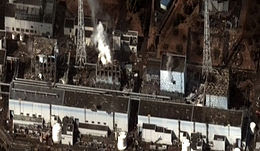 I was rather shocked to read this article to find out just negligent these people were in their responsibilities in the nuclear industry and by doing so betrayed the trust of their own people and perhaps the world.


Yuri Kageyama and Justin Pritchard, Associated Press, On Friday May 27, 2011, 7:40 am
TOKYO (AP) -- Japanese nuclear regulators trusted that the reactors at Fukushima Dai-ichi were safe from the worst waves an earthquake could muster based on a single-page memo from the plant operator nearly a decade ago.
In the Dec. 19, 2001 document -- one double-sized page obtained by The Associated Press under Japan's public records law -- Tokyo Electric Power Co. rules out the possibility of a tsunami large enough to knock the plant offline and gives scant details to justify this conclusion, which proved to be wildly optimistic.
Regulators at the Nuclear and Industrial Safety Agency, or NISA, had asked plant operators for assessments of their earthquake and tsunami preparedness. They didn't mind the brevity of TEPCO's response, and apparently made no moves to verify its calculations or ask for supporting documents.
"This is all we saw," said Masaru Kobayashi, who now heads NISA's quake-safety section. "We did not look into the validity of the content."
The memo has Japanese text, boxes and numbers. It also has a tiny map of Japan indicating where historical earthquakes are believed to have struck. TEPCO considered five quakes, ranging from 8.0 to 8.6 magnitude, in northeastern Japan, and a 9.5 magnitude across the Pacific near Chile, as examples of possible tsunami-causing temblors.
Over the next nine years, despite advances in earthquake and tsunami science, the document gathered dust and was never updated
Posted by DeltaJoy at 9:30 PM No comments: 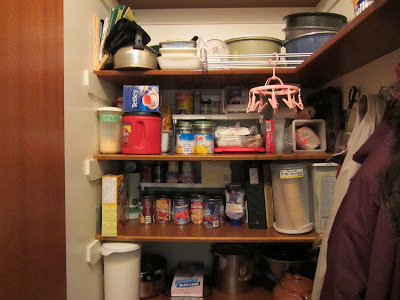 What else is there to do on a wet, windy, cold day?  This pantry has been on my mind for some time and decided that this was the day.  See that Folger's coffee there on the second shelf?  I did not know I had it until I rearranged the floor space under the pots and pans there.  That has saved me at least $8 which reinforces the idea that being organized saves not only time but money as well.....Uh huh, I'll try to remember that.    Don't you love my little pink clothes dryer?  It sure comes in handy for the odd J cloth, dishtowel and various other items that need air drying but which shall remain anonymous.
The sun came out this afternoon for a couple of hours and I did manage to get a walk in but it was very cool at 11 degrees C and I'm pretty sure it was more like 20 minutes rather than the 30 I want to do daily.  Otherwise I busied myself in a culinary experimentation which we shall not discuss, sometimes you win sometimes you lose.  I hate losing.  I read a fair bit then went over to the nursing home to share this week's worth of pictures with my friend Margaret.  She keeps busy crocheting baby blankets for her grandchildren and was doing a beautiful soft pink blanket with silver threads in it, it was gorgeous.  The conversation is mostly one way as she has some speech problems which frustrates her so much.  It's challenging for both of us.  No matter how bad we might feel in our own circumstances there are so many much worse off than we are and I came home and counted my blessings.  One of those blessings brought my street shoes back today that I had forgotten at her place last evening because I wore my house shoes home.  Now I had to clean them to wear inside again......it was a rainy day so what else was there to do?
Posted by DeltaJoy at 10:09 PM No comments:

Email ThisBlogThis!Share to TwitterShare to FacebookShare to Pinterest
Labels: THE PANTRY

RANDOM SHOT OF THE DAY 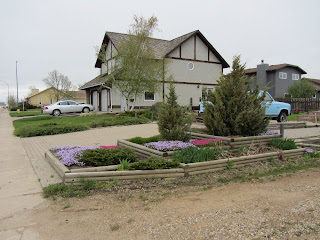 I wanted to share this picture I took of these pretty flower beds.  As I passed this home I turned and took the picture not realizing that it was soon to become one of my favorite desk top backgrounds.
I've also been experimenting with the settings on my Canon SN X220 because I've noticed a fair bit of overexposure happening under certain conditions on a bright sunny day.  Granted bright and sunny days are rare these days. 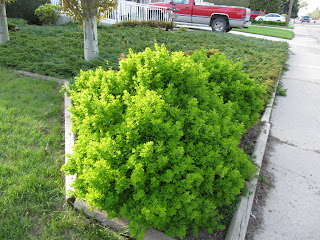 This turned out much better than some taken in the last few days but I got so much to learn about camera settings.  For a great primer in photography go to www.pioneerwoman.com she does  great, witty explanations of complicated camera things.
Posted by DeltaJoy at 6:22 AM No comments:

WASH YOUR FEET OR GET MALARIA?

ScienceDaily (May 6, 2011) — Malaria mosquitoes utilize CO2 from exhaled air to localize humans from afar. In the vicinity of their preferred host, they alter their course towards the human feet. Researcher Remco Suer discovered how female malaria mosquitoes use foot odors in the last meters to guide them to their favoured biting place. Suer, who is defending his doctoral thesis May 9 at Wageningen University, part of Wageningen UR, sees possibilities to disrupt the host seeking behaviour of the malaria mosquito.

African malaria mosquitoes, Anopheles gambiae, use their olfactory organs, two antennae, two mouthparts (maxillary palps) and the proboscis, to search for their hosts to obtain a bloodmeal. From a distance of several tens of meters mosquitoes detect CO2 which forms part of exhaled air by humans. However, a malaria mosquito does not follow the CO2 trail to its source, the mouth, but at a certain point close to the source is diverted toward the feet, which is the preferred biting place for this mosquito species.

Posted by DeltaJoy at 7:58 PM No comments: 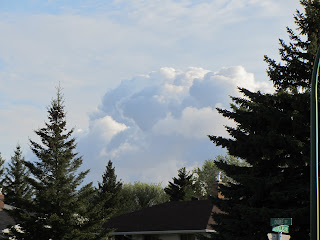 I found this article this morning and it confirms what I've suspected for some time.  It's like night and day when it happens.  Things were fine last week until it started to rain Friday afternoon and Saturday and Sunday I could hardly function.  It's been a little better yesterday and today but no comparison to how I felt last week.  I've always had a saying ...."When the sun shines, so do I" and is that ever true.  For now I wait until this cloudy, damp, windy weather ends or they find a cure whichever comes first.

Fibromyalgia syndrome can be a very difficult condition to have to deal with. After all, not only does it cause relentless fatigue and muscle pain, but it is also associated with dozens of other symptoms, including depression, dizziness, and nausea. If you have been suffering with fibromyalgia for a while now, then you may have noticed that your symptoms tend to get worse during certain seasons and weather changes. A large percentage of fibromyalgia sufferers claim that weather directly affects their symptoms and pain levels, but can this really be true?

How Does the Weather Affect Fibromyalgia Symptoms?


Who is Affected by Weather Changes?
According to a study performed in 1981, a large percentage of fibromyalgia sufferers may actually be sensitive to changes in the weather. In this particular study, 90% of patients claimed that weather was one of the most important influences on their fibromyalgia symptoms. And fibromyalgia sufferers aren’t the only ones to experience weather-related symptoms. You may also find that the weather exacerbates your symptoms if you have:


What Weather Factors Affect Fibromyalgia Sufferers?
There are five major weather factors that appear to affect fibromyalgia symptoms. These include:


Weather and Fibromyalgia: The Studies
Numerous studies have been conducted in order to evaluate whether or not fibromyalgia symptoms do appear to be influenced by changes in the weather. Most of these studies have had surprising results.
In 2002, a study was conducted in Cordoba, Argentina, where there are four distinct seasons every year. The study involved fibromyalgia sufferers and a healthy control group and aimed to find out whether pain symptoms could be linked to specific weather changes. Participants were asked to rate their pain symptoms on a scale from one to ten, every day for 12 months. After 12 months, these symptoms were correlated to weather patterns for the entire year. Researchers found that pain symptoms of the participants with fibromyalgia correlated directly to weather changes. Specifically, pain increased as temperatures fell and atmospheric pressure increased. The healthy control group did not show any correlation between pain and weather patterns.
Another study performed in Norway found a similar relationship between fibromyalgia symptoms and the weather. Fibromyalgia symptoms appeared to get worse during the months of December and January, but began to improve during April and May. This suggests a direct relationship between colder temperatures and lower barometric pressures and a rise in fibromyalgia symptoms.
Why Does Weather Affect Fibromyalgia Symptoms?
Unfortunately, researchers do not yet know why weather appears to affect fibromyalgia symptoms so much. However, there are a few possible explanations:


Dealing with the Weather: Managing Your Fibromyalgia Symptoms
If you find that your symptoms are influenced by weather changes, here are a few tips to help keep you more comfortable:

Posted by DeltaJoy at 7:08 AM No comments:

WALKING HAS MANY BENEFITS 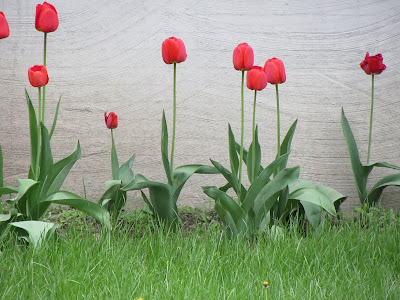 Signs of spring makes will be making the morning walks very enjoyable and the next few weeks will be filled with color and beauty.  I had a second walk this afternoon down by the river which you will see a lot of it as the season progresses.  The Canon did a fair job on this picture showing up the the interesting background. 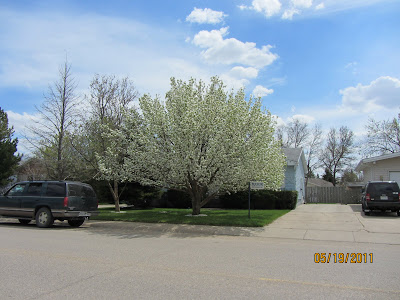 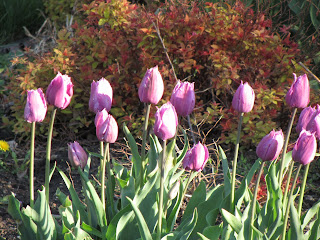 Posted by DeltaJoy at 4:54 PM No comments:

Email ThisBlogThis!Share to TwitterShare to FacebookShare to Pinterest
Labels: SPRING HAS BEGUN

WHAT DO YOU CALL A FISH WITH NO EYES? A FSH

My most hearty apologies for missing this yesterday after I promising to do this every Sunday.  Between morning worship, a 25th anniversary BBQ at 4 P.M. then a late walk I was only home for 3 hours all day and I totally forgot.
Posted by DeltaJoy at 6:57 AM No comments: