BC CANCER FRAUDSTER ON THE LAM


Another boy making his momma proud.
Not only did he steal from strangers he duped his wife out of everything and now she lives in a garage.
Warrant issued for alleged B.C. cancer faker

A judge has issued a bench warrant for a British Columbia man accused of defrauding people of over a million dollars by pretending he had cancer.


Douglas Clark, 64, was scheduled to appear in a B.C. courtroom this week. When the Burnaby man didn't show up, the judge issued a warrant for his arrest.
Clark faces 13 counts of fraud related to allegations that he duped dozens of people into giving him money after telling them he was dying of cancer.

He reportedly wore a military uniform while soliciting money and told alleged victims that the Canadian Forces had abandoned him in his time of need.
The alleged scheme came to the attention of police after a former friend acted on suspicions that Clark's cancer wasn't real.
Chuck Gale, one of the alleged victims, sold office supplies with Clark in the 1980s. Gale said the two had drifted apart until Clark showed up on his doorstep a few years ago with an emotional request.
"He was in tears and he told me that he needed money," Gale told CTV News. "He explained to me that he was dying of cancer."
Gale said he gave Clark $23,000 but soon grew wary of his story.
The first red flag appeared when Gale ran into Clark's wife and asked her how she was doing in light of her husband's sickness.
"She said ‘No, I'm absolutely fine. I'm broke. I'm living in a garage. I've been taken for everything."
The encounter prompted Gale to track down several other alleged victims, amass their stories and contact police.
Initially, police were unsure if Gale had enough evidence to charge Clark with fraud. He was advised to sue Clark in civil court instead.
After Clark refused to show up in court, Gale said he was forced to devise a plan.
Knowing Clark was a casino regular who would jump at a chance to win a prize, Gale stuck a court summons in a fake casino envelope.
"Strangely enough, he opened it, obeyed the summons, went to court and registered," Gale told CTV British Columbia. "At that point we had him."
Gale won his civil judgment and police finally became interested in the case.
The Crown charged Clark with 13 counts of fraud from more than 40 victims in June. Since then, four more people have come forward with a total of $500,000 in new claims.
Police labelled Clark as a fugitive after he skipped his first court date in July.
Clark allegedly made off with $1.5-million, the largest fraud case Maple Ridge, B.C. has ever seen.
Ridge Meadows RCMP Insp. Dave Fleugel said police are actively pursuing Clark's arrest.
"It's significant, it's prolific and we want Mr. Clark in custody," he told CTV News.
Posted by DeltaJoy at 3:56 PM No comments: 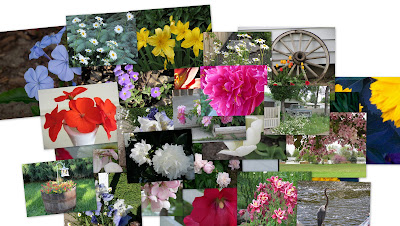 This is a collage of some of this year's favorites. If you double click on the image you can get a really large view.
Posted by DeltaJoy at 4:50 PM No comments:

Email ThisBlogThis!Share to TwitterShare to FacebookShare to Pinterest
Labels: Collage 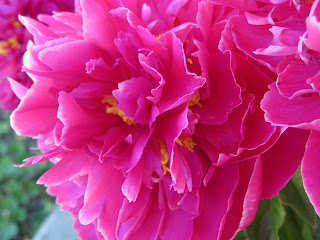 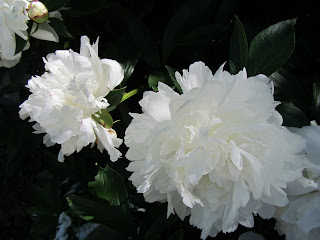 The first three pics are peonies I've found around town this year and likely the last as the season is pretty much over.
For some reason I cannot get this cursor to go to the bottom of the pictures after having considerable problems uploading these pictures.

The last photo is one from my yard in 2004 and has long been a favorite of mine. 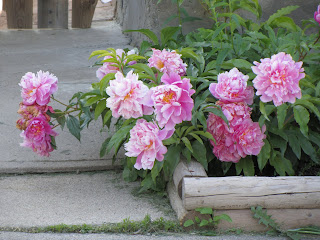 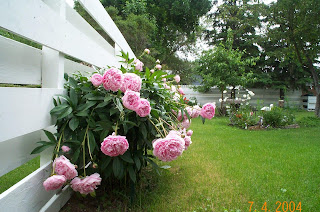 Posted by DeltaJoy at 7:23 PM No comments:

Email ThisBlogThis!Share to TwitterShare to FacebookShare to Pinterest
Labels: PEONIES

How ironic that the company would discontinue the winner of this comparison news story.  I blogged about Clorox Green Works on January 12, 2011 and is worth reading if you missed it.

Send emails, letter or whatever and tell them they are losing money and that SHE SAID to fire the person who made that decision.  They should be backing a winner of this importance.
Posted by DeltaJoy at 8:25 AM No comments:

Two people sitting in a kayak were chilly, so they lit a fire in the craft.  Not surprisingly it sank, proving once again that you can't have your kayak and heat it too.
Posted by DeltaJoy at 11:58 AM No comments:

SEX AND THE GENOME

That sounds like a bad movie but it's actually a rare scientific enlightened moment in the scientific community.  It shouldn't keep amazing me how far behind the god of science is from the common sense from the basic, intelligent truth that has been around for millenniums in the the Holy Scriptures.  It keeps proving itself over and over again and cannot be ignored by honest intelligent scientists in surprising studies such as this one.  I do not apologize for my beliefs.

Biology textbooks maintain that the main function of sex is to promote genetic diversity. But Henry Heng, Ph.D., associate professor in WSU's Center for Molecular Medicine and Genetics, says that's not the case.

Heng and fellow researcher Root Gorelick, Ph.D., associate professor at Carleton University in Canada, propose that although diversity may result from a combination of genes, the primary function of sex is not about promoting diversity. Rather, it's about keeping the genome context - an organism's complete collection of genes arranged by chromosome composition and topology - as unchanged as possible, thereby maintaining a species' identity. This surprising analysis has been published as a cover article in a recent issue of the journal Evolution.

"If sex was merely for increasing genetic diversity, it would not have evolved in the first place," said Heng. This is because asexual reproduction - in which only one parent is needed to procreate - leads to higher rates of genetic diversity than sex.

In fact, two billion years ago in Earth's biosphere, life relied exclusively on asexual reproduction, and every organism was capable of bearing young without costly competition to mate. With asexual species' faster and more efficient mode of reproduction, the origin and maintenance of sex - not exactly the fittest means of reproduction - puzzles scientists, who for decades have been asking, Why has sex evolved and survived?

Although many scientists have offered answers to this question, most have focused on the benefit of mixing or purifying genes. But by taking the genome theory into account, Heng's findings may have dethroned the queen of problems in evolutionary biology.

According to Heng, the hidden advantage sex has over asexual reproduction is that it constrains macroevolution - evolution at the genome level - to allow a species' identity to survive. In other words, it prevents "Species A" from morphing into "Species B." Meanwhile, it also allows for microevolution - evolution at the gene level - to allow members of the species to adapt to the environment.

Considering their observations and those of paleontologists, population geneticists and ecologists cited in the article, Heng and Gorelick argue that new research should focus on the genome, not just the individual genes, because the genome serves as both the genetic information unit and selection package for evolution.

Source:
Julie O'Connor
Wayne State University - Office of the Vice President for Research
Posted by DeltaJoy at 7:02 AM 1 comment: