PERHAPS THEY SHOULD HAVE FOUND OUT JUST WHO THEY WOULD BE FIGHTING AGAINST OVER THERE!  I'M NOT SURE THEY CAN WIN THIS ONE.....
NAIROBI, Kenya (AP) — Why is the U.S. sending its troops to finish off a fractured band of bush fighters in the middle of Africa? Political payback for the quiet sacrifices of Uganda's troops in Somalia could be one reason.
President Barack Obama announced Friday he is dispatching about 100 U.S. troops — mostly special operations forces — to central Africa to advise in the fight against the Lord's Resistance Army — a guerrilla group accused of widespread atrocities across several countries. The first U.S. troops arrived Wednesday.
Posted by DeltaJoy at 6:46 AM No comments:

National Institutes of Health researchers have found that Parkin, an important protein linked with some cases of early-onset Parkinson's disease, regulates how cells in our bodies take up and process dietary fats.
Posted by DeltaJoy at 8:07 PM No comments:

This was recently posted by Irelynkiss to Pioneer Woman's photography assignment this week from Flikr.  It's a most unusual and creative edit. 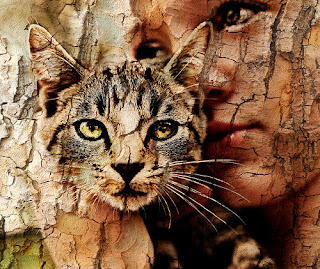 Posted by DeltaJoy at 7:27 AM No comments:

THE FIFTH DRAGON KING OF BHUTAN TO WED 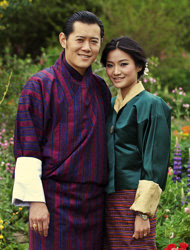 I LOVE A FEEL GOOD STORY AND THIS IS ONE OF THEM.  THE SIMPLICITY AND LACK OF POMP AND CIRCUMSTANCE IS CHARMING IN THIS WORLD OF PUBLICITY AND FISCAL OVERKILL AT THE DROP OF A HAT.
AS AN ANCESTRY BUFF HOWEVER I AM BAFFLED BY HIS SEEMINGLY EASTERN EUROPEAN, WANGCHUCK.  MY IMAGINATION RUN S WILD......IS THERE PERHAPS A ROYAL KING OF POLISH/UKRAINIAN DESCENT LANGUISHING SOMEWHERE IN THE DEEP AND SHADOWY RECESSES OF ROYAL CORRIDORS OF LONG, LONG AGO?

THIMPHU, Bhutan (AP) — Children composed poems of joy, flight attendants and bank clerks practiced celebratory dances and the airwaves were flooded with wedding fever as the tiny Himalayan kingdom of Bhutan prepared for the marriage of its beloved fifth Dragon King.
The ceremony Thursday, while far less star-studded than the year's other royal wedding — of William and Kate — will be no less elaborate in its uniquely Bhutanese way.
"It's the biggest occasion I'll ever see in my life," said Tshewang Rinzin, 27, a loan officer.
The couple will be married by Bhutan's top Buddhist cleric in the country's most sacred monastery fortress in the old capital of Punakha early in the morning at an auspicious time determined by astrologers.
During the hours of ceremonies, the 31-year-old king, Jigme Khesar Namgyal Wangchuck, will be adorned with royal scarves. His bride, 21-year-old Jetsun Pema, will present him a chalice filled with the ambrosia of eternal life that he will drink, and he will place a crown upon the new queen's head.
"It's a very emotional experience, a spiritual experience as well," Prime Minister Jigmi Thinley told The Associated Press.
Yet there will be no foreign princes, no visiting heads of state, no global celebrities, just the royal family, thousands of nearby villagers and the rest of the country's 700,000 people watching live on TV.
"The whole theme of the wedding was to keep it a simple family affair, that is the Bhutanese family," said Kinley Dorji, Bhutan's secretary of information.
Bhutanese have been waiting for their bachelor king to find a bride and start a family of his own since his father retired and handed power to him five years ago.
The Oxford-educated king is adored for pushing development and ushering in democratic reforms. His teen-idol looks — slicked back hair, long sideburns — his penchant for evening bike rides through the streets and his reputation as a laid back, accessible leader, also make him the rare monarch whose picture adorns the bedroom walls of teenage girls.
"He's lovable, he's kind, he loves his people, he always interacts with us, he always makes us feel like we are his family," said Anu Chhetri, 14, who often sees the king pedaling through nearby villages. "He inspires us. He's everything to us."
His bride, the daughter of a pilot, has been on an introductory tour of the remote villages of the nation since the king told Parliament in May, "It's now time for me to marry."
Buddhist kings had reigned supreme in the stunning, mountainous country until the current king's father established a constitutional monarchy and legislature in 2008.
The small nation of 700,000 people began slowly opening up to the rest of the world in the 1960s. Foreigners and the international media were first admitted in 1974, and television finally arrived in 1999.
Still, only 20,000 foreigners are allowed in each year on heavily supervised, expensive trips, and society remains tightly controlled. Bhutanese say the gently paced reforms have allowed them to keep their culture and sovereignty intact.
The country has not had a royal wedding since the fourth king held a mass ceremony in 1988 with his four wives — four sisters whom he had informally married years earlier. The current king says he will take only one wife, so the country is unlikely to see another such celebration for a long time.
"It's a moment when the entire nation is coming together," said Dorji Wangchuk, spokesman for the king.
Bhutanese TV has been running a wedding countdown clock as it repeatedly shows footage of the royal couple on tour, including a puzzling shot of the royal bride hitting putts on a golf course as the king looks on. Local radio has been broadcasting endless greetings from government agencies hoping the wedding will bring "more happiness in this land of happiness" and "the light of hope and aspiration to all couples around the globe."
Phub Dorji, a flight attendant for the national airline, Druk Air, has been practicing four hours a day for more than a month for a dance exhibition he and his colleagues will perform for the couple at a mass celebration Saturday at the main stadium in the capital, Thimphu.
"The king and queen and royal family have done so much for the people," he said. "We wanted to give something back."
Students have composed poems to the couple — "the brightest stars in the sky." Their images adorn traffic circles and buildings across Thimphu, and every other person seems to be wearing a button with their official picture.
Phub Dorji, 70, a retired soldier unrelated to the flight attendant, spent the relative fortune of 200 ngultrum ($4) to come to Thimphu for the wedding festival.
"I might die any time," he said. "I would have paid anything to see the wedding of the king and queen."
Now that the king is fulfilling their pleas for him to marry, many Bhutanese are hoping he will move on to his next mission: producing an heir.
"I'm eager to see the sixth king," Ugyen Gazom, 15, said with a giggle.
Posted by DeltaJoy at 9:05 AM No comments: 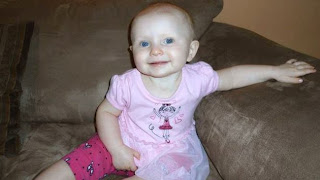 Whenever the news reports a child's disappearance as happened with Kansas City, mo., baby Lisa Irwin last week, Internet sleuths set to speculating. The publicly known details of the case are passed around and dissected. Did the mother do it? Did the father do it? Was the kidnapping the work of a stranger? No matter the case, the thrust of much discussion is whether the parents who reported their child missing are trustworthy.
Internet sleuths are not privy to inside information. They parse through news reports and sometimes gossip repeated in the community where the disappearance took place, trying to ascertain the truth. One tool they use is statement analysis. That's a tool that's resulted in some pretty harsh criticism of grieving parents, including Lisa's parents, Deborah Bradley and Jeremy Irwin.
What Is Statement Analysis?
Statement analysis is taking a statement apart word by word to assess its truthfulness and completeness.
How Do Investigators Analyze Statements?

* A statement containing more than 25 percent to 35 percent extraneous information is not complete; a high volume of extraneous information indicates evasion.
* Changing pronouns are a strong indicator of deception, as is changing between use of a proper noun and either a pronoun or generic noun like "the baby."
* Routine actions presented out of sequence indicate deceit.
* Volunteered justifications are cause for suspicion.
* Changes in body language relative to certain topics of discussion is a red flag.
* Comparisons of descriptions before a critical event, the event itself, and the aftermath may reveal discrepancies in the level or quality of detail.

I HAVE ALWAYS FOUND 'SLEUTHING' FASCINATING AND THIS ARTICLE UNCOVERS SOME OF THE WAYS INVESTIGATORS LOOK AT A CASE SUCH AS 'MISSING BABY LISA' WITH A PROVERBIAL MICROSCOPE.
THE ARTICLE CONCLUDES THAT THERE ARE MANY RED FLAGS IN THE LANGUAGE USED BY BOTH PARENTS.  TIME WILL TELL JUST HOW WELL THAT MICROSCOPE IS WORKING.
Posted by DeltaJoy at 7:18 AM No comments: 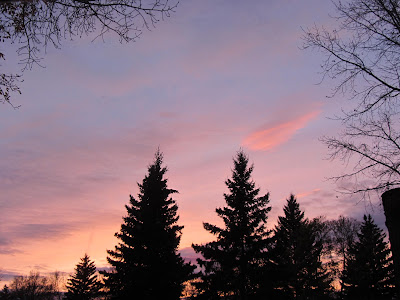 This is out my kitchen window after supper tonight and I thought it was so pretty.
Posted by DeltaJoy at 6:55 PM No comments: